Guide to Crypto and NFT Airdrops

How crypto and NFT airdrops work. And how to get the most out of airdrops from your favorite projects.

If you've spent some time in the NFT space, you've likely heard of the term airdrop. But what does it mean? In short, airdrops are a seamless way to distribute free tokens and/or digital assets to web3 wallets. Airdrops have become a successful method of promotion for NFT projects, crypto exchanges, and blockchain-based communities looking to increase awareness around their token or project.
In this guide, we will explore everything you need to know about airdrops — what airdrops are, the types of airdrops, some of the famous airdrops in web3 history, and how you can take part and benefit from them as well. 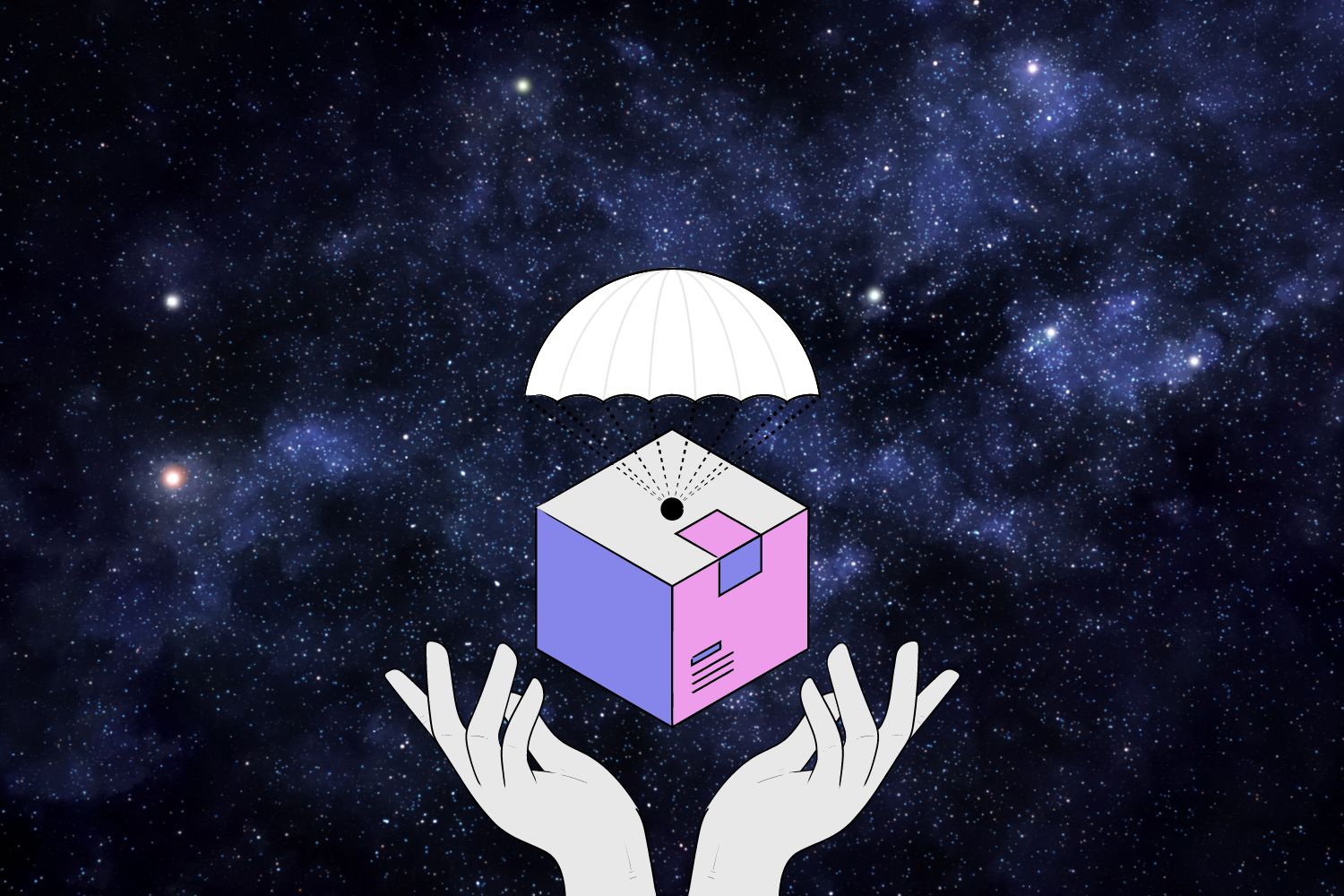 What are Crypto and NFT Airdrops?

A crypto airdrop is when a blockchain project gives away free cryptocurrencies or tokens to web3 wallets. Similarly, an NFT airdrop is the free distribution of digital assets (i.e., NFTs) to web3 wallets in the community.
The aim of a crypto or NFT airdrop is to increase awareness of a project and attract more individuals into holding a project's token or NFT. This promotional strategy differs from ICOs in that they do not involve investment, and they differ from bounties in that they are not paying others for work to be done. Airdrops have become one of the most effective marketing strategies to boost participants of a blockchain project.

Why Do Projects Do Airdrops?

Airdrops have gained popularity for several reasons. They have successfully helped dozens of blockchain projects achieve key goals, such as:

The primary goal of an airdrop is to generate awareness and interest around a project, platform, or token. Airdrops have helped relatively unknown projects go from obscurity to web3 stardom in record time. But outside of achieving some buzz on web3 Twitter, airdrops aim to grow a project's participants and capture loyal members right from the jump.

The law of reciprocity states that humans feel compelled to return the favor in kind when we receive something. After receiving an airdrop from a project, individuals develop a sense of loyalty, fondness, and feel compelled to actively participate in a project.
Airdrops are also a great way to reward people who have believed in a project since the beginning or who have supported a project along the way. By giving them free tokens just for being a holder, a brand can easily earn loyalty and reward those holders.

Growing Community With A Flywheel

In the web3 world, community is everything. And airdrops are a great way to generate word-of-mouth marketing and grow a community. By rewarding existing users, it incentivizes members to remain loyal to a project while also attracting new participants to join. With new users joining, projects can invest the added funds into product development and/or future airdrops, thus creating a flywheel.

As each project is different, its airdrops are different to make the project a success. So, airdrops can broadly be categorized into four types:

These are the most common type of airdrop, requiring participants to share their wallet address and basic information to claim the reward.

This requires specific actions from users before they get any tokens from the airdrop campaign. For example, some projects need users to sign up for their newsletter or join their Telegram group before receiving any tokens.

This airdrop is intended only for people who already own an existing token to get the airdrop as a reward for loyalty.
Wallets with a certain amount of tokens or assets automatically become eligible for the airdrop.

An exclusive airdrop is a centralized method of rewarding individuals who are closely associated with the project.
These are characterized as "VIP" airdrops since they are only available to the most ardent supporters and do not include regular participants. Some projects even provide airdrops to wallets that do not contain tokens but are active supporters.

How to Participate in Airdrops?

There are several approaches to identifying top ongoing airdrops.
Social media networks such as Discord, Twitter, and Telegram are possible hotspots to find most of them. It can also be found on trusted websites like CoinMarketcap, Coindesk, Airdrop.io, Airdropking.io, and others.
In most cases, users receive an airdrop in exchange for performing a particular assignment or combination of them. These tasks include things like:
You must have a crypto wallet to partake in an airdrop. If you do not have one, no problem — it's easy and free to create one.

Airdrops have been the target of several malicious crypto scams in the past, but not all airdrops are harmful. Signing up to reputable airdrop sites like Airdrop Alert or Crypto Airdrops is usually the safest way to take precautions.
Anything that involves money, requires extra vigilance. Here are a few things to keep in mind while searching for your next Airdrop:
As a result, scammers will find it challenging to access your assets via a "dusting attack'. Dusting attacks are a way for scammers to get unsolicited control of your wallet and steal your assets by distributing free tokens (called dust) as airdrops.
It should be noted that NFT airdrops can be falsified and exploited as malicious tools. So, always DYOR (Do Your Own Research) before taking part in any airdrops.

Can I Sell an Airdrop?

Yes, there are multiple ways for you to sell an Airdrop. You can sell an airdrop: 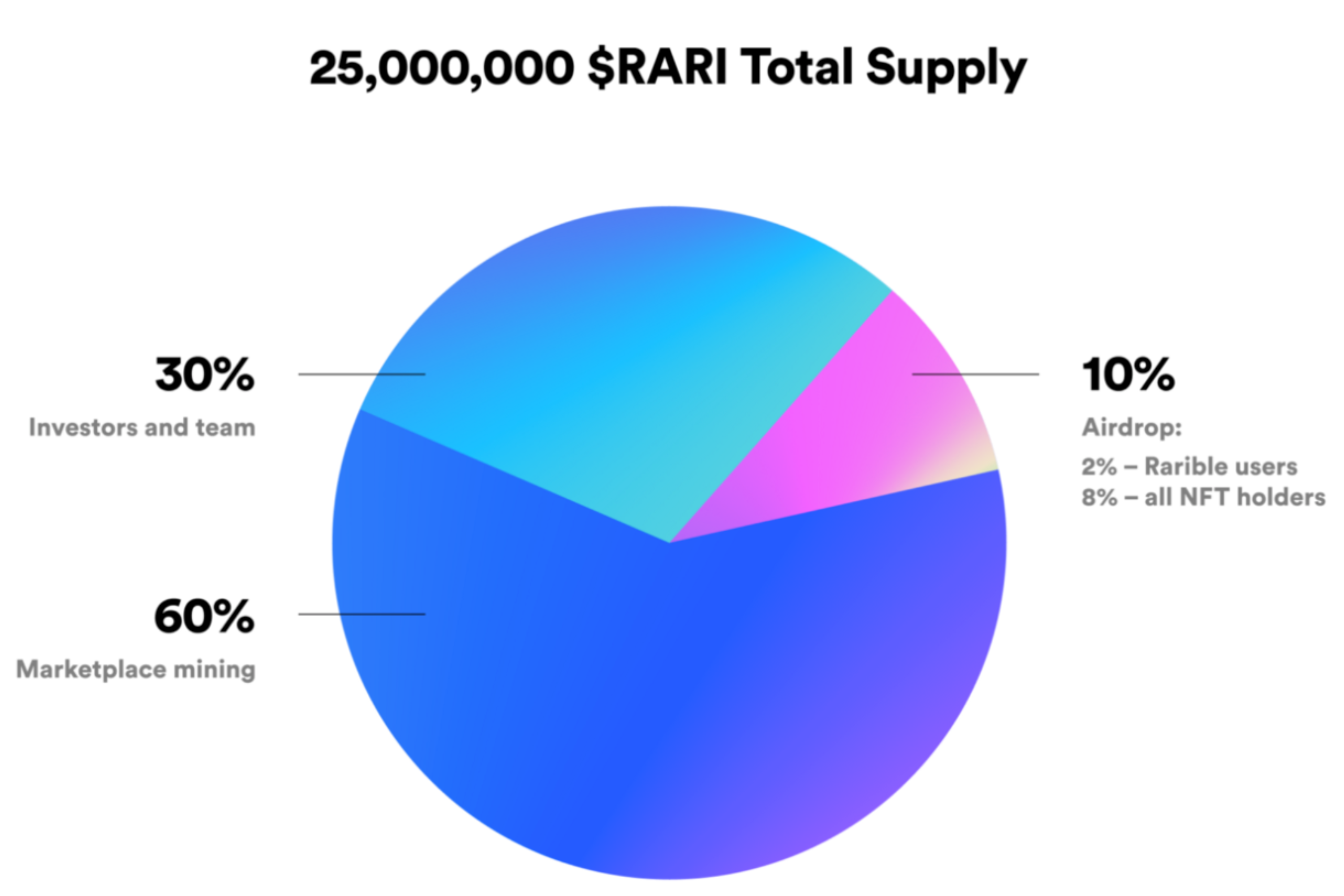 Some of the most impactful NFT airdrops are:

One of the most fascinating initiatives with several benefits for NFT aficionados is the airdrop offered by CryptoPunks.
This is the largest NFT airdrop on the market to date. In 2017, this influential NFT project distributed 5,000 free proto-NFTs to addresses that already owned one. And right now, it is one of the most famous NFT projects out there.

For roughly a year and a half, Rarible airdropped 75,000 RARI tokens every week, worth $2,500,000.
This token is the platform's governing token that can be used for voting and decision-making purposes and is provided to people who trade on the site.

PancakeSwap became the most liked NFT Airdrop on AirdropAlert. It was a special edition 3D animated NFT that was airdropped to the first 8,888 persons who opened a PancakeSwap account.

BNBBunnies are a collection of 10,000 one-of-a-kind collectibles, each having distinct genetic features. 1,500 of the 10,000 bunnies were distributed for free.
The only thing needed was to pay a minimal gas fee to claim the free Bunny.

Overall, airdrops can be an effective way to reward stakeholders and entice newcomers. If a project is looking to propel awareness around a token, feature, or platform, they will often consider using an airdrop. As a participant, airdrops are just as fantastic. You can claim free crypto giveaways and be rewarded for your time spent in the ecosystem. At the end of the day the long-term goal of an airdrop is to create a win-win scenario for all, and to align the community's incentives with the project's incentives. By providing participants with a stake in the project (whether it be via a token or NFT), the community becomes further invested in ensuring the success of a project. 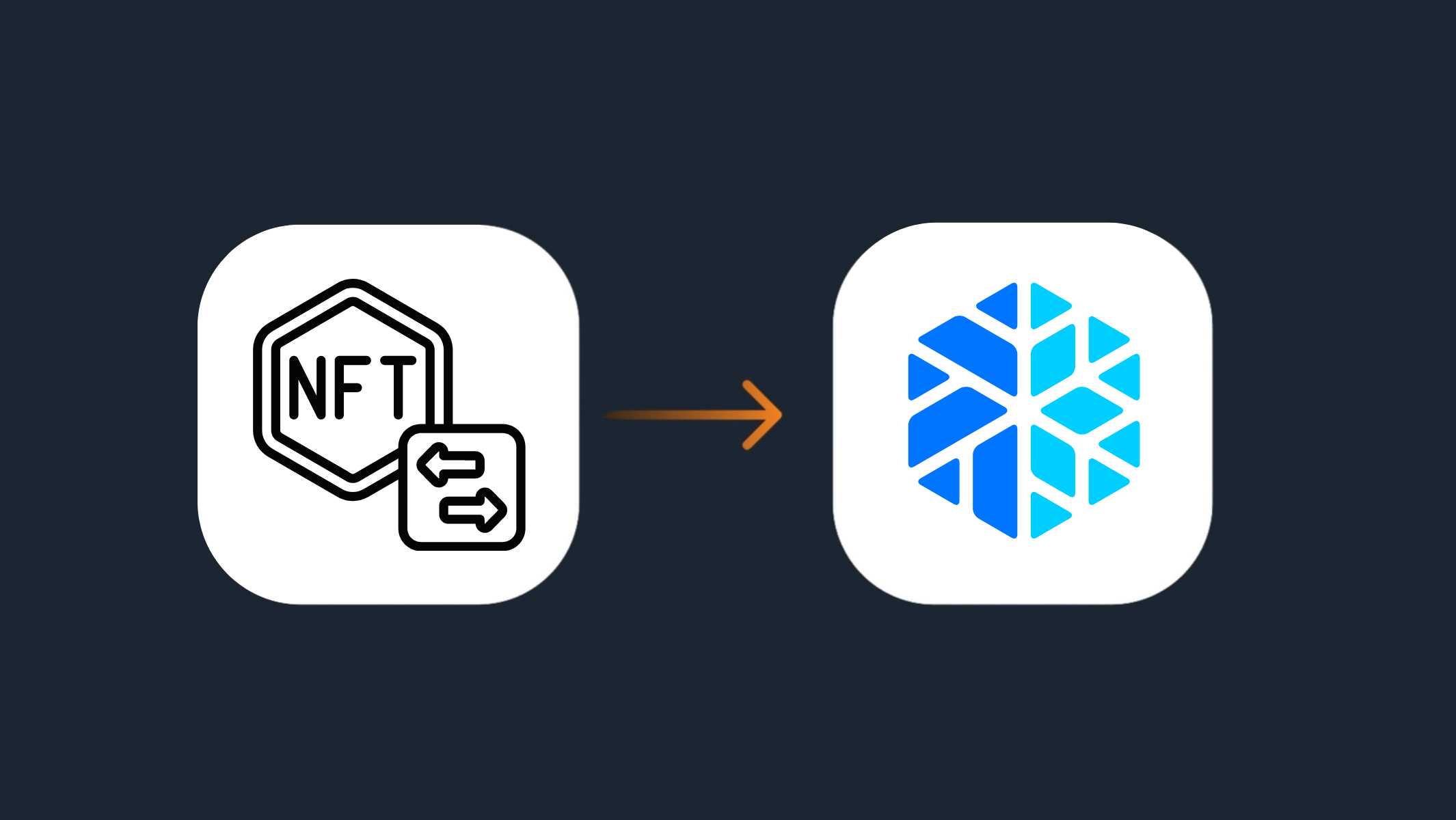 What Does Minting An NFT Mean — and How Does It Work?

Minting an NFT is the process of converting digital files into digital assets stored on the blockchain. 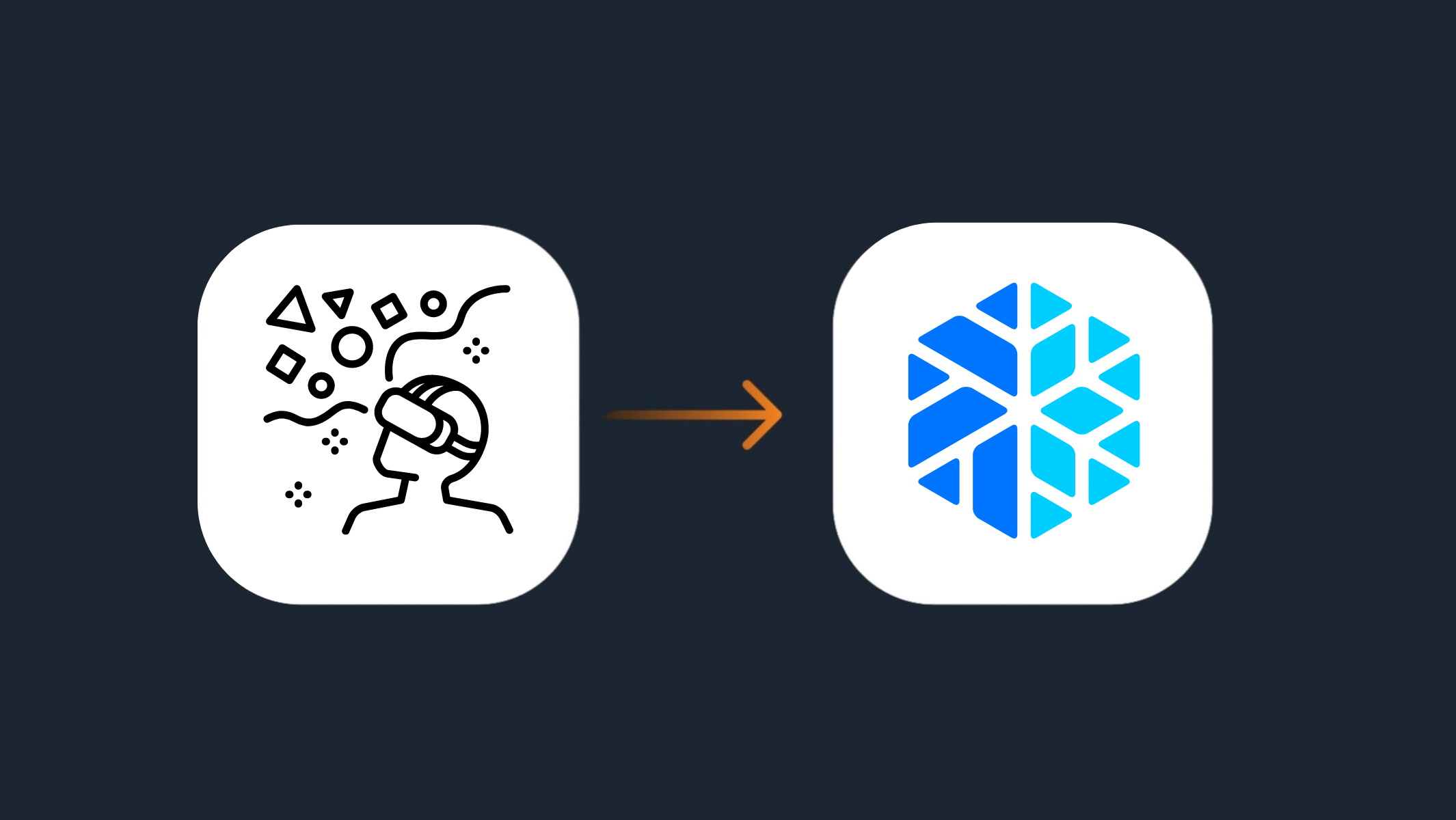 Web3 metaverses such as Decentraland, The Sandbox, and Voxels use blockchain technology to bring NFT ownership to users. 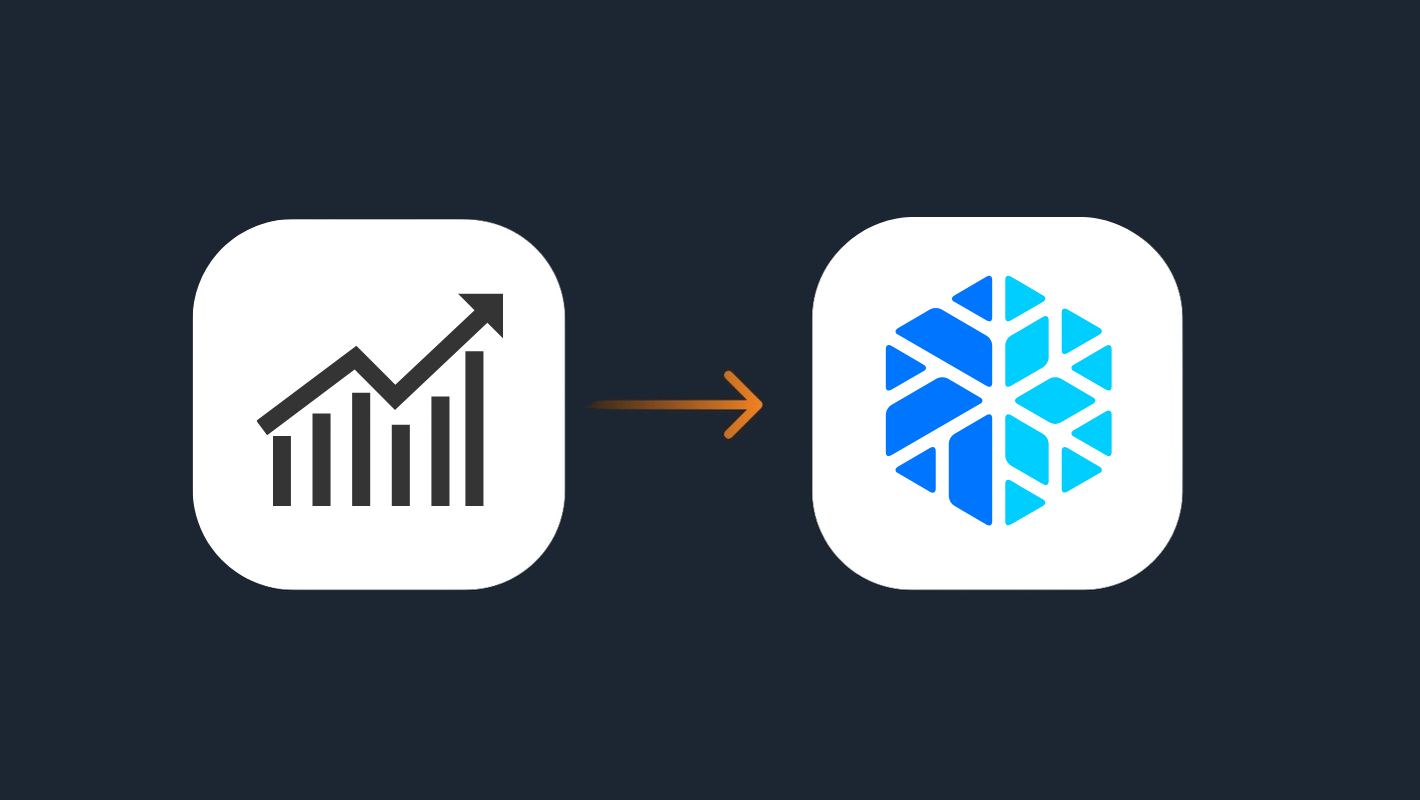 Why NFT Analytics Are Important

Why NFT Analytics Are Important 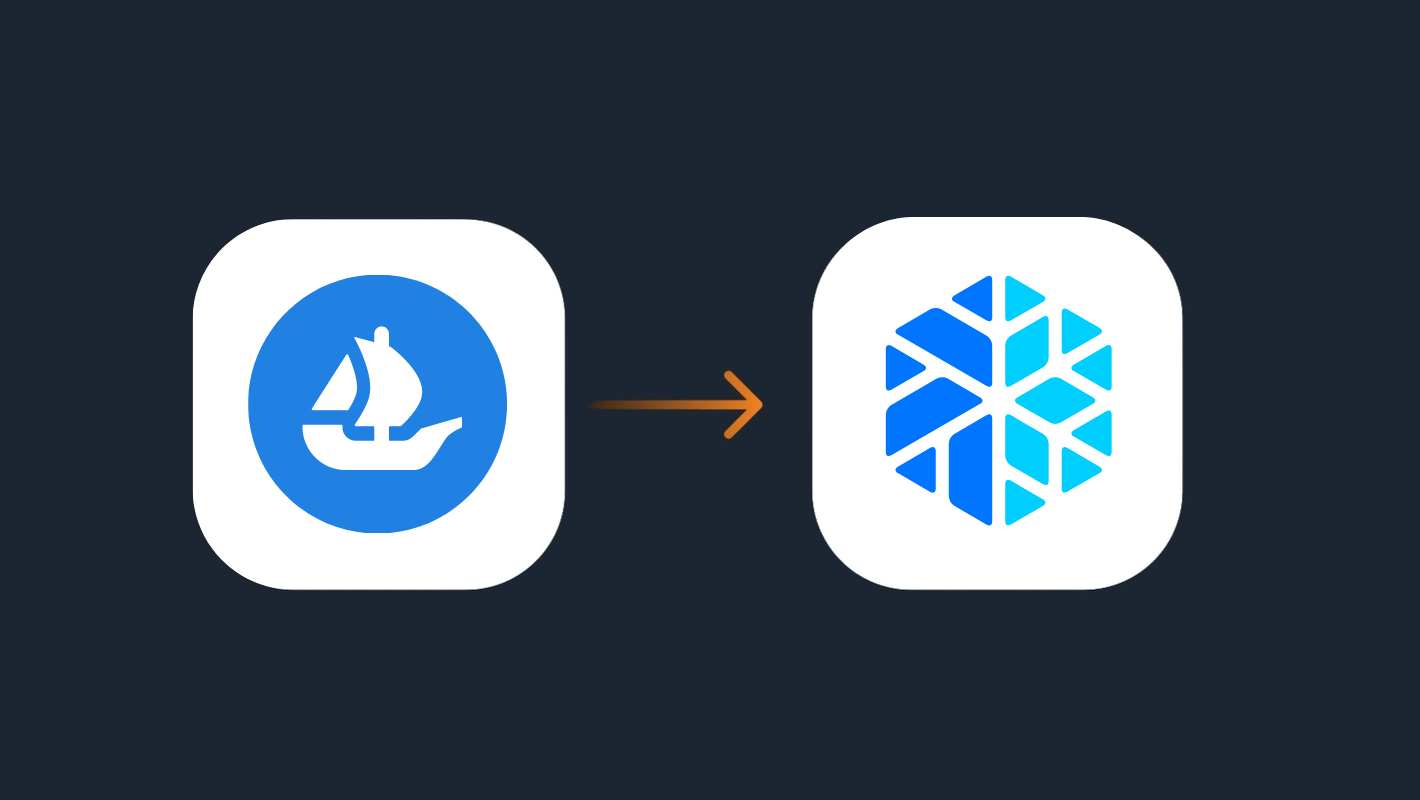 How To Buy An NFT On OpenSea

Get a crypto wallet and cryptocurrency to use OpenSea NFT marketplace to browse, buy and sell collectibles of all types.